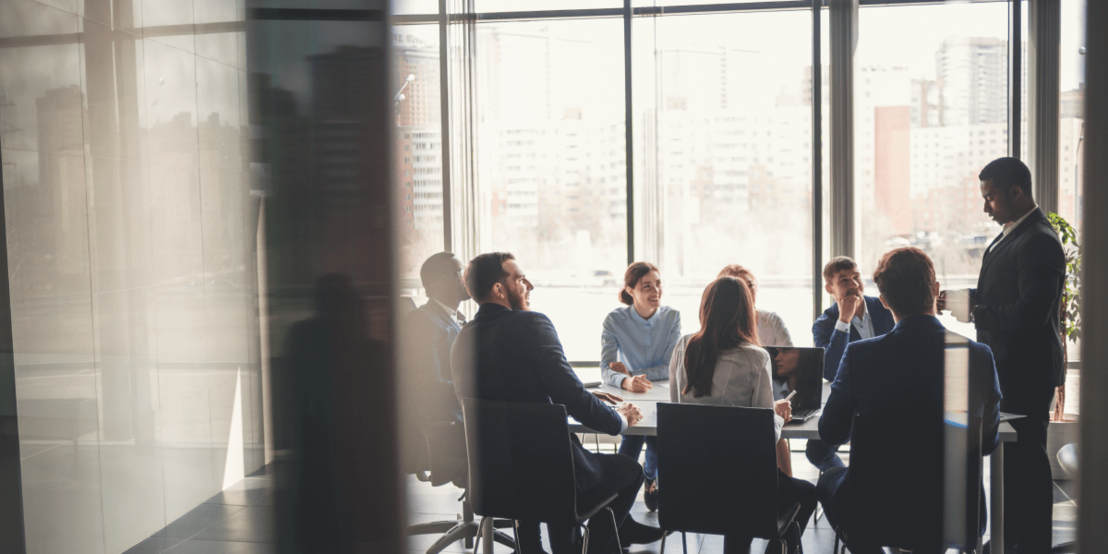 In February 2022, the NCUA published a proposed rule in the Federal Register on the topic of Succession Planning. In this article, we will dive into this topic and answer the questions you might be asking, including:

What is succession planning?

According to the NCUA's commentary on the proposed rule, succession planning is:

"The process through which an organization helps identify, develop, and retain key personnel to ensure its viability and continued effective performance. It allows an organization to prepare for the unexpected, including the sudden departure of key staff."

In short, succession planning is a part of business continuity planning. It's about making sure the right people are in the right place when they are needed to support ongoing operations.

Why was a new rule needed?

According to the results of a recent study performed by the NCUA, they found poor succession planning was either a primary or a secondary reason for 32% of credit union consolidations (i.e., mergers, acquisitions, etc.).

In light of this information and the approaching retirement of the "baby boomer" generation, the NCUA thought it would be wise to revisit their existing rules on succession planning. What they found was current rules and guidance are not being implemented to their fullest extent.

For example, 12 CFR Part 704.13(c)(2) requires boards to ensure "qualified personnel are employed or under contract for all line support and audit areas, and designated back-up personnel or resources with adequate cross-training are in place."

All this information tells us one thing: The agencies believe succession planning is a good idea. The problem is succession planning has not been applied as thoroughly as expected, demonstrated by many community credit unions having to choose to consolidate rather than fill vacancies.

Would the proposed rule apply to me?

What would the proposed rule require?

The proposed rule itself is quite simple. It would require three things, which may already be happening at your credit union.

A Process: The Board of Directors must establish a process to ensure proper succession planning. This includes reviewing, updating, and approving the plan at least annually, as well as ensuring the plan is implemented effectively at the credit union.

A Plan: A written succession plan must be developed and include the following elements:

An Understanding: Within six months of joining the Board of Directors, board members must be familiar with and able to ask "substantive questions" about the credit union's succession plan.

What are my next steps?

If you are a federal credit union, there are two steps I encourage you to take:

Are there any tools that could help my credit union with succession planning?

If your credit union currently subscribes to Tandem Business Continuity Planning, look no further. Tandem is ready to help you create and develop your succession plan with the use of the following features:

If you do not currently use Tandem BCP, visit our website or watch a demo to learn more and see the product in action. 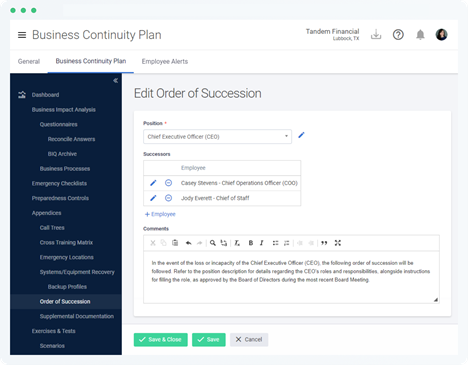 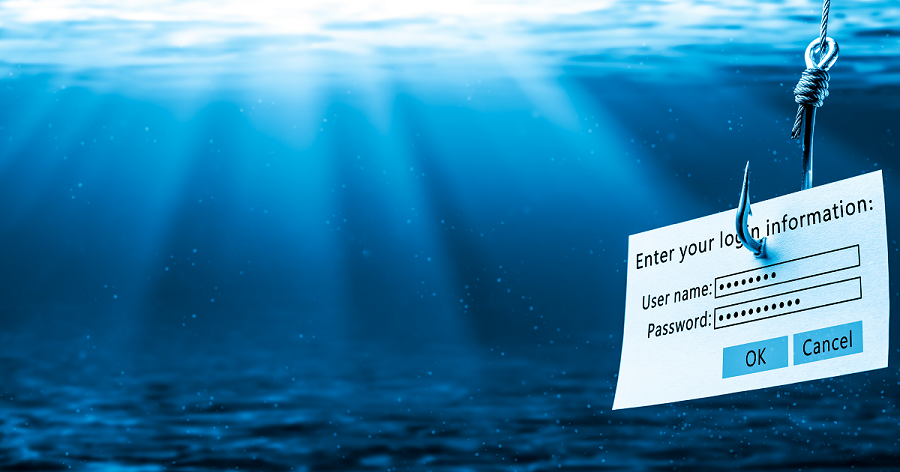